Home / Uncategorized / Pros and Cons of Induction Cooktops and Ranges 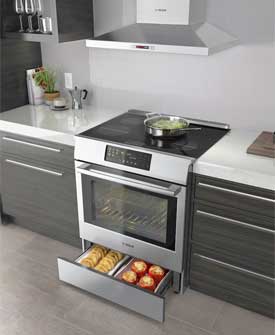 Every induction cooktop and range in Consumer Reports’ tests delivers fast cooktop heat and superb simmering. The power and precision of induction comes from an electromagnetic field below the glass cooktop surface that quickly generates heat directly to the pan.

Home cooks have been warming to induction because it cooks faster and loses less heat in the process. And lately prices for induction have been coming down, although the cooktops and ranges still tend to cost a bit more than electric smoothtops. If you’re thinking of making the switch, here’s what you’ll want to know:

What Induction Is—and What It Isn’t

The difference between an induction and electric smoothtop model is that the surface elements on an induction model heat pots by using an electromagnetic field rather than radiant heat, says Tara Casaregola, the engineer who conducts our tests of cooking appliances. The electromagnetic field doesn’t create a glow, so you won’t know it’s on. That’s why manufacturers are adding virtual flames and other special lights as a cue.

As for the ovens in induction ranges, they broil and bake the same as other electric ovens.

Induction elements usually heat quickly, and no other cooking technology that we’ve tested is faster than the fastest induction elements, but we’re talking 2 to 4 minutes faster to bring 6 quarts of water to a near boil. Life-changing? Probably not. However, if you turn on an induction element by mistake with no pot on it, the element won’t get hot, and when you remove a pot from an element the heating stops.

And an induction surface stays cooler than a radiant smoothtop, which should make cleaning spills easier. Your pots will get very hot while cooking, and that heat transfers from the surface below and around the pot. So if you’re using several induction elements at once, the surface may heat up, too.

You Need the Right Cookware

“A buzz or hum is common and often is louder at higher settings,” Casaregola says. “And we often hear clicking of element electronics at lower settings, as well as the sound of the cooling fan for the electronics.”

Dig Out Your Dial Thermometer

The magnetic field of an induction cooktop can interfere with a digital thermometer, so you may need an analog thermometer, an old-fashioned solution to a modern problem. 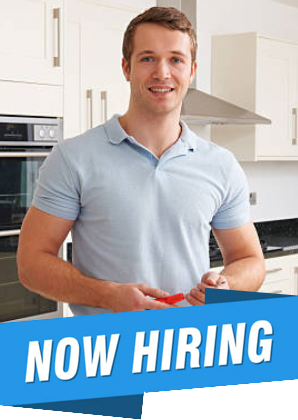 Join the Top Home Appliance Repair team as a Field Technician and Repairman. As a Field Technician, you will become a trusted advisor to your customers by consistently delivering innovative solutions in the repair and service of kitchen equipment. In addition, you will work on cooking devices, heating devices, and refrigerators of different brands and models. Training is available. For all inquiries, please email us at info@tophomeappliancerepair.com.

✓ Repairs on all makes and models